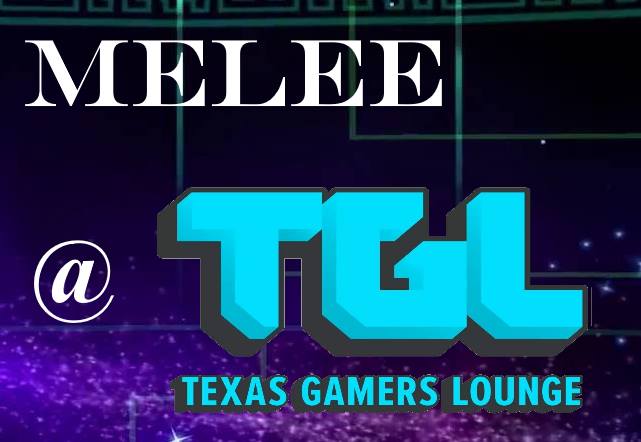 San Marcos Melee and Texas Gamers Lounge team up again to bring you back Melee at TGL with its seventh iteration! Back from the summer hiatus, we plan to continue to be one of the biggest and best tournaments you can find in Texas. Texas Gamers Lounge has been gracious enough to again offer a $150 pot bonus for this event, and the venue fee also gives you access to all you can play arcade and console games for the duration of the night.

TGL has a good supply of CRTs in their venue, so a full setup consists of ONLY a console, so don’t worry about bringing a TV. Bringing a setup gets you half off venue, but only while setups are needed. And reminder, this is a UCF tournament, so bring your setups with UCF already put on.

Also, everyone who comes gets two free slices of pizza, also courtesy of TGL!