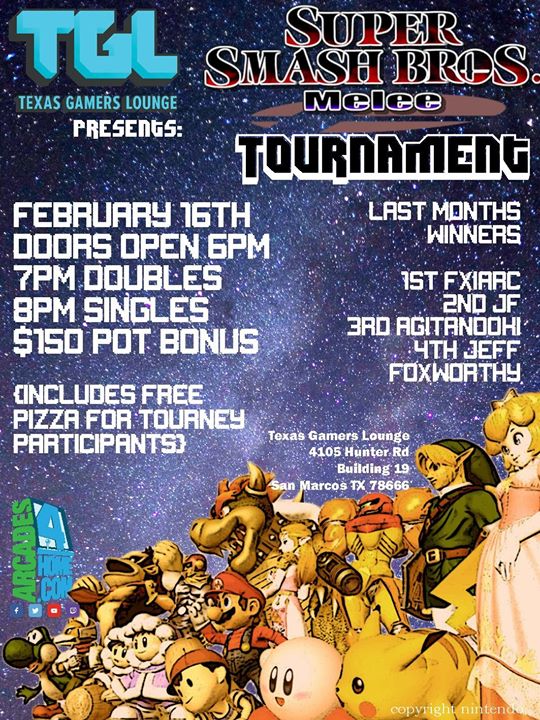 San Marcos Melee is officially teaming with Texas Gamers Lounge to bring you Melee on Friday, February 16th. TGL has been gracious enough to offer a $150 pot bonus and free pizza for entrants. Venue fee gets you free arcade games & console play for the whole night!